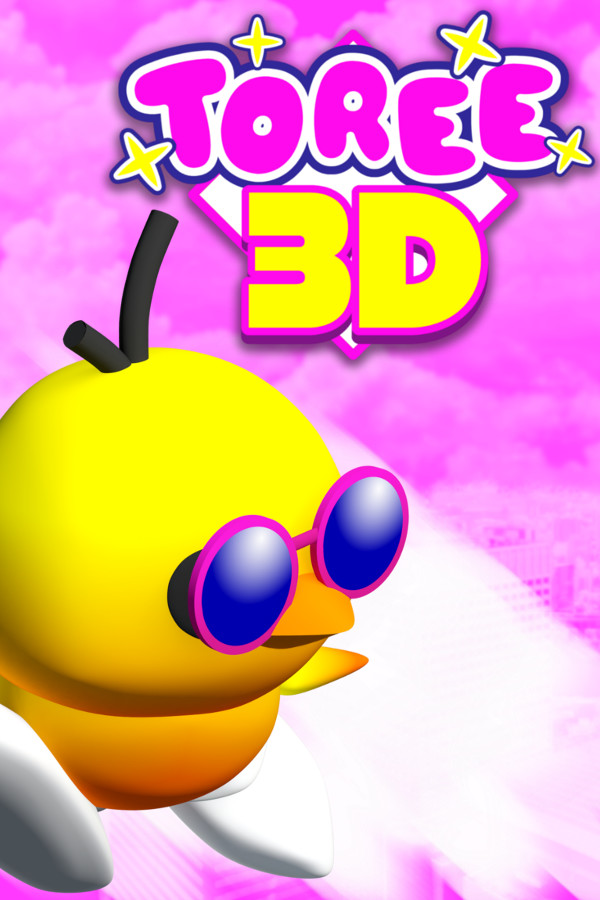 Briefing: A short, low poly 3d platformer with cutesy graphics (with a twist!)


So… like, I know it's weird to complain about a game that costs 99 cents, but I did actually enjoy it on some level, so I think I can give it some fair criticism.

Toree 3D is a game I was recommended on a Discord server. I think it was because I mentioned liking Fatum Betula and the PS1 throwback style of game. It isn't perfectly married to that style, though, which I enjoy. Even outside the obvious 3D modeling aspects, the main color choice you see feels VERY Y2K. The yellow/pink/violet bright aesthetic isn't one I've seen in a while. It's so cute too! Toree is an adorable little protagonist who has some squash-and-stretch type animation when they jump. They even make little squeaky toy noises. Isn't that the cutest?! The music is also adorably peppy, which gets you motivated to get through each level.

I think that's about all I can praise for the game, however. I have a lot to criticize about the gameplay, which I don't like. Not great for a platformer. For one thing, I don't enjoy the way Toree moves. Their walk speed is very, very slow, but the run speed is a bit too fast. There are a few “speed” tiles and ice tiles which affect how fast you move or how you'll slide, and running on the speed tiles is WAY too fast for the platforming you'll be doing. Also, while the jumping feels fine, your double jump doesn't feel like it goes high enough. Take these two elements coupled together, and you end up missing a lot of jumps and falling into gaps. It's particularly annoying on the ocean levels with all the gusts of wind. I only ACTUALLY got used to the controls after I had already beaten the game, so… that's a little late!

If you are waiting for a section on the story, well there really isn't any. The premise is that a spooky grim reaper looking fellow stole your ice cream, and you're trying to get it back, something I did not process until the end of the game (sigh). It's a very Kirby-esque plot, although I feel like it could have benefitted from a Kirby-esque opening cutscene. Even a slideshow would have done! But I mean, it's really just a simple premise to reel you in to the cuteness of it all.

This next paragraph is a bit of a “spoiler”, you could say. The game includes a few spooky elements here and there. I hesitate to say “scary”, because I don't think anyone would find any of these moments scary. The game has some weird meta-horror moments (i.e., graphics going weird in one level, random tears in the void that show Matrix code within them), but they are never followed up on. Even in the final level, where you expect there to be an increase on the meta-horror type elements, the follow-through never arrives. It feels like the devs started off wanting to make a cutesy-presentation-turned-horror styled game but halfway through designing the levels went “ah, never mind, I think we should just play it straight.” Don't get me wrong, I'm perfectly fine with that, by the way. I would like a cutesy retro platformer with no tricks hidden up its sleeve. I just don't understand including these little horror game teases but doing nothing with them.

On the one hand, I wish there was some more to this game level-wise, but the controls make me worry about any ramp-ups in difficulty. The most important part of a platformer is the movement, and the movement simply is not satisfying. I do still want to check out Toree 2 though, so I'm hoping there are some improvements there. Either way, the game is so charming I can't help but appreciate it anyway. I can't be too mad either, because it's less than a dollar and I got through it in around 45 minutes. Maybe check this out if you're bored and think Toree is just so CUTE!