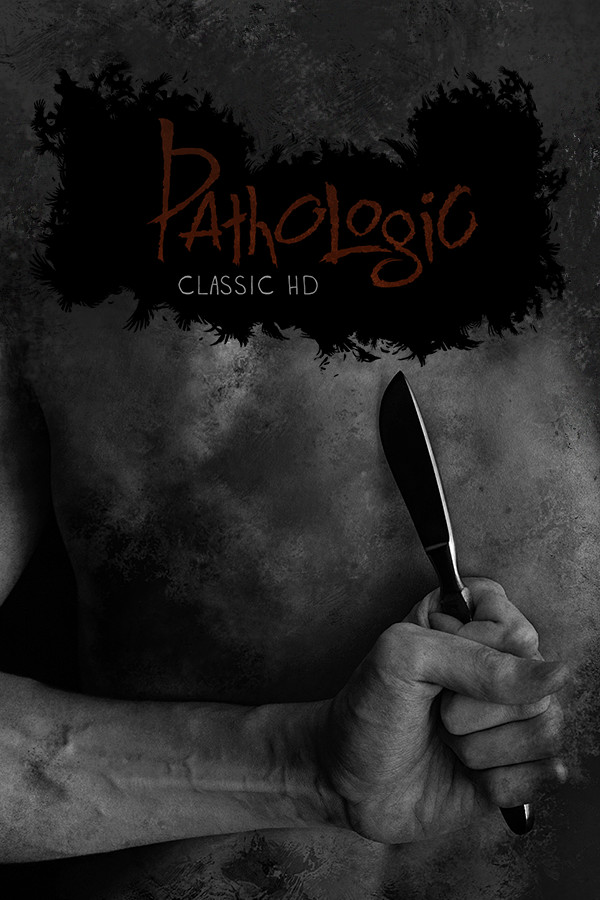 Briefing: A run 'n gun/beat-em-up type game with fast-paced combat. There's a Story mode and Arena mode where you can customize your own character. Based on the Madness Combat webseries and the sequel to the original Project Nexus, a Flash game hosted on Newgrounds. Great for people who love violence and pain and hurting and killing and murder.


You knew it, I knew it, we ALL KNEW that this was coming at some point. If you know anything about me, you know that Pathologic is one of my favorite games of all time. I became deeply obsessed with it between 2019-2021, drew an unbelievable amount of fanart for it, and even made a fansite dedicated to it. I have even 100%'d this game, which is the only game I think I've ever bothered to play through multiple times and get all the achievements for. I had/have a serious case of the brainrot when it comes to this game. I genuinely believe it is a masterpiece and one of the greatest games ever created.

Pathologic is a Russian survival horror role-playing game that was originally released in 2005. We'll particularly be focusing on Pathologic Classic HD, the 2015 rerelease with an updated translation, voice acting, restored cut content, and other light graphical tweaks/fixes. In Pathologic, you play as one of three Healers (the Bachelor, the Haruspex, or the Changeling) being dropped into a remote town located in the Russian Steppe, all for different reasons. After your arrival, it's discovered that a disease called the Sand Plague has broken out within the town and it's up to you to figure out what is causing it and find a cure/solution within 12 days. This comes with a lot of resistance and trickery from the Town's leadership as well as its many peculiar inhabitants. Each character faces unique challenges and has a different relationship with the Town and the people who live in it, as well as a different approach to curing the plague.

Now, you might be thinking… this might be an awkward game to play during the pandemic and all. After all, a game about a mysterious plague ravaging a small town while the town leaders squabble and pretend like it isn't even real? MAYBE a bit too pertinent for today's times!! Why would you want to subject yourself to something that's almost like a reflection of what's happening in real life right now?? If you ask me, I think Pathologic is an extremely worthwhile experience for the current times we live in. You'll definitely be drowning yourself in anxiety, but I find it gives me a sense of calm playing through (especially since the Town's leaders seemingly act more responsibly than our leaders in the real world).

I digress, however. Let's talk about gameplay. The main way to progress in this game is through completing your main quest of the day and some optional side quests. Pathologic is kind of a mix between a walking simulator, a visual novel, and a survival game. I'd say about 70% of what you do in this game is walk from Point A to Point B, with 20% being reading dialogue and the other 10% trying not to die.

Uhh, so the first thing to note is that the layout of the Town is a little bit insane. There are three main sections of the map: The Stone Yard, Knots, and Earth districts, each with their own quirks and large weird buildings. While each district is distinct enough with it's own theme and everything, the buildings and streets of each area really blend together where you can get lost pretty easily if you don't check the map every two seconds. This alone will keep you a bit "engaged" while wandering, but there's another fun element of confusion that gets added as things ramp up. Often, you'll be busy jumping from location to location while trying to complete multiple quests at once before the day ends. This requires you to really carefully plan out your routes, which adds another layer of constant map-checking and stress. Personally, I enjoy the long walks… The town's ambience is captivating, and so much information is thrown at you throughout each conversation that you really need that time to just decompress it all and reflect on what you've learned so far.

That leads me to the dialogue… the dialogue, too, is pretty insane. Pathologic is a famously esoteric game, even with the updated translation. There are a ton of theatrical elements throughout the game that prominently come out through the dialogue. Nobody in real life talks like these characers do. Everything is doused in metaphors and symbolism, not to mention the Steppe mythology and terms getting mixed into many aspects of the town's culture. People will also be dishonest with you - not necessarily lie, but they will often try to work you. So much information is shielded from you despite your best efforts to understand, especially on your first playthrough.

Enough about the language though, the game lets you choose your responses in different conversations just like a visual novel. In this game, your choices have palpable effects. It is SHOCKING the kind of detail and choice you're allowed to make in this game. Often, some quests will have multiple different solutions and outcomes. One quest early on has you collecting money from the ruling families to purchase food for Lara Ravel's shelter, but food has become a hot commodity. If you complete the questline, you find out the shelter was already infected and are only compensated with a couple nuts. Or… you could take the money and run. You'll even get a letter from Lara the next day expressing her frustration and disappointment with you. There are… a LOT of things that can happen. Sometimes if you're just a bit of a jackass or choose the wrong dialogue option, you can completely lock yourself out of a questline, INCLUDING the main quests (which you do NOT want to fail). Coupling this with the interesting story, you end up getting very invested in these dialogue trees and have to consider your decisions carefully.

As for the survival elements, you are given a few status bars you need to manage do your character doesn't die: Health, Hunger, Exhaustion, and Infection. You take antibiotics and use bandages to raise your health; you eat food to lower your hunger; you sleep to lower your exhaustion, and you should never catch the plague. No matter what bar you choose to affect, you're probably going to be affecting another one negatively. Immunity is there too, but I find it kind of useless. You also have a Reputation bar: the higher it is the better, otherwise if it gets too low, the townsfolk will begin attacking you on sight. Due to the local herb twyre being in bloom, everyone feels dizzy and sick which requires you to eat VERY OFTEN throughout the day and get a LOT of sleep, usually in short bursts of little naps. You've got a lot of stuff to get done, after all…

I should mention very quickly though: the fighting in this game sucks. There is no question about that. Your attack range and enemy hitboxes barely make sense, to where you can swing at an enemy and somehow not hit them at all. If you get too close, they'll beat the piss out of you, so you have to find this weird floaty balance of charging in, swinging, and backing up before you get hit. You have a block, which seemingly does nothing. You also have a backstab sort of attack, but you have to crouch and aim at a pixel perfect spot on your target's back, which is super easy to mess up. Don't even get me started on guns- they are super rare/expensive, bullets are sometimes hard to come by, and your gun will lose durability and therefore, accuracy. Even at 100%, sometimes you will aim directly at someone's head and not hit them, even though the game has critical damage for headshots!! You are honestly better off avoiding fights whenever possible, unless you manage to get a good grasp on how the combat system works. Definitely do not waste your bullets either, because that's a massive money/resource sink when you need to repair them..

Honestly, there's a lot more I could go over here. How the graphics are "bad" but still draw you in and create a really oppresive atmosphere. The weird atmospheric techno tracks with tribal chants and singing interspersed. The fact that you have to play each character to fully understand the story…. and even then, replaying the same routes can also unlock tons more information. This game is incredibly dense, but also an incredibly long experience depending on your save scumming skills and the frequency of your deaths. Sometimes you'll straight up just need to load a save from the beginning of an in-game day if you mess up too bad. There's just too much here to really properly condense in a review.

I highly recommend you check this game out. Others might disagree, calling the game boring and unfun and unfair, but I honestly had a blast once I adapted to the game's wonky mechanics and world. It goes on sale all the time for around $1.29, so if you are unsure if you'll like it, there's really no harm in picking it up when its that cheap. You should definitely get the GOG version, since it comes with some extra goodies...

If you decide you want to try the game out, I also recommend you check out my Beginner Tips guide on my other website. I actually don't mean to promote it so much, but I think I've played this game enough times to give newbies some decent advice. This game is super esoteric after all and just won't tell you everything you need to have a (somewhat) manageable playthrough. Seriously, you should check it out, especially if you're going in blind.