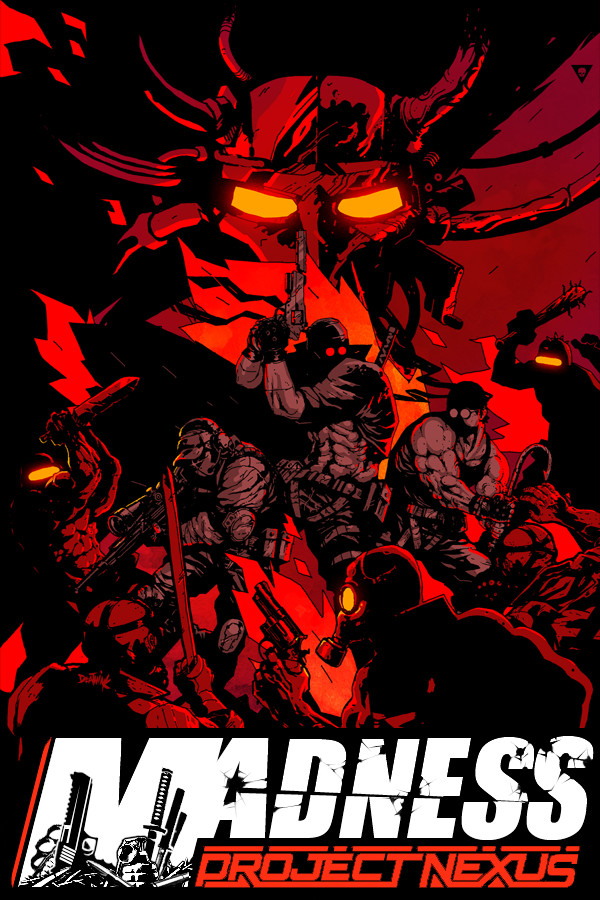 Briefing: A run 'n gun/beat-em-up type game with fast-paced combat. There's a Story mode and Arena mode where you can customize your own character. Based on the Madness Combat webseries and the sequel to the original Project Nexus, a Flash game hosted on Newgrounds. Great for people who love violence and pain and hurting and killing and murder.


Even though I wasn't actively keeping up with this game's development, I am amazed about how well this turned out. You can really feel the passion oozing out of this game with every little detail, and I am positive any Madness Combat fan would love this. This game is super fun, and adds alot of personality and new context to the characters I've come to love from the webseries. The combat itself gives you alot of different tactics to use, perfectly recreating the fast-paced action of the cartoons, having to use pretty much everything around you to fight your way through hordes of enemies. My only complaint about the progression is that it is sometimes hard to figure out what you're supposed to do in an area. There have been times where I had to destroy something to progress and stop enemies from endlessly spawning in, but I had no indication to do that until I ran all the way to the right side of the room I was in. There are other instances of similar things happening, but you can always figure out a solution given enough time (although by the time you figure it out, sometimes it's already too late).

Also, I was pleasantly surprised by how much there is to do in Arena mode, since I thought it would just be a little sandbox area to play in. The fact that it is almost like a separate story mode with DEEP character customization was a shock and I've been having a great time playing around with it. This really gives the game alot of replay value to me, although I would even consider replaying through Story mode because of how fun the combat in general is, and I almost NEVER go back and replay games.

Anyways, I definitely recommend this to anyone who likes fast-paced action games... it's like a beat-'em-up with a crazy amount of melee AND ranged weapons. Even if you aren't into the Madness Combat series I think anyone would have a great time with this game.