(For the record, I use the term "Sanmos" to refer to Sanford and Deimos as a unit, not necessarily as a shipping thing. Not that I mind the shipping or anything.) 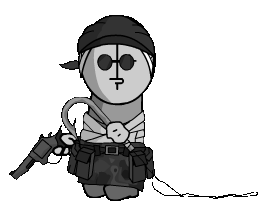 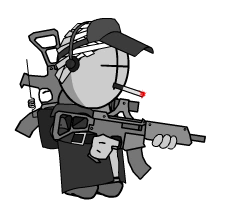 Sanford and Deimos are two characters (pictured above) from the online animated series Madness Combat. It's a super cool and violent series made by Krinkels following Hank J. Wimbleton, a guy who is so widely hated there is an entire agency dedicated to stopping him (A.A.H.W., "Agency Against Hank Wimbleton"). Sanford and Deimos are two of his three known allies and made their first appearance in Madness Combat 5: Depredation back in March 24, 2005.

The boys make their TRUE appearance in Madness Combat 9: Aggregation (released March 15, 2009), donning their regular outfits. Later that year, Krinkels would make Madness Combat 5.5 and 7.5 in order to flesh out Sanmos a bit more and show what they were up to after getting crushed by that building earlier on. Way way later on in 2018, Deimos got his own little miniseries showing what happened after the events of Aggregation. (I won't spoil any of it :3)

OK, what's the big deal then?

I really really love Sanmos since I'm a huge sucker for duos, and don't even get me started on TRIOS. We know alot about Hank since he's the main protagonist of the series, but there's not too much we can glean about Sanford and Deimos. It's unknown what their relation to Hank is, or even what they were doing before their first appearance. According to wanted posters seen of them throughout the series, Deimos is referred to as a "traitor" and "smoker" while Sanford is a "torturer" and "ugly" (allegedly). Other than that, we can't even be sure of what their personalities are like: Deimos seems sort of playful while Sanford seems a bit more serious.

There's something kinda cool about the mystery surrounding these two, y'know????

That is also not to mention how neat I think their designs are. Krinkels is so good at making these detailed tactical designs stand out in a way that I haven't seen from very many other artists. You can already tell by looking at the sprites but the detail gets ramped up ALOT with his human designs for the characters but still looks nice. It's detailed but not cluttered. You know? Although upon first impression, I was mainly won over by Sanford's design. I'm a sucker for those John Lennon-type shades and that he just has a lip for some reason. Deimos also has a pretty cool design in my opinion, it's mainly the details of his fit that got me interested (his backpack, the hat/visor) and his Dedmos transformation. Also smoker characters always look cool (smoking is bad for real though!)

Regardless, I've grown so fond of these guys and their partnership that I tend to think about them and draw them alot. I am simply obsessed. I came up with these human designs in July 2021 and have fallen in love with them. I've pretty much been drawing them endlessly ever since. They are also blank enough slates for me to make up my own characterisations which I find extremely fun to do... pages and pages of headcanons I have saved. It's going to be pretty funny when Project Nexus comes out and I have to throw out just about every single idea I'd came up with. 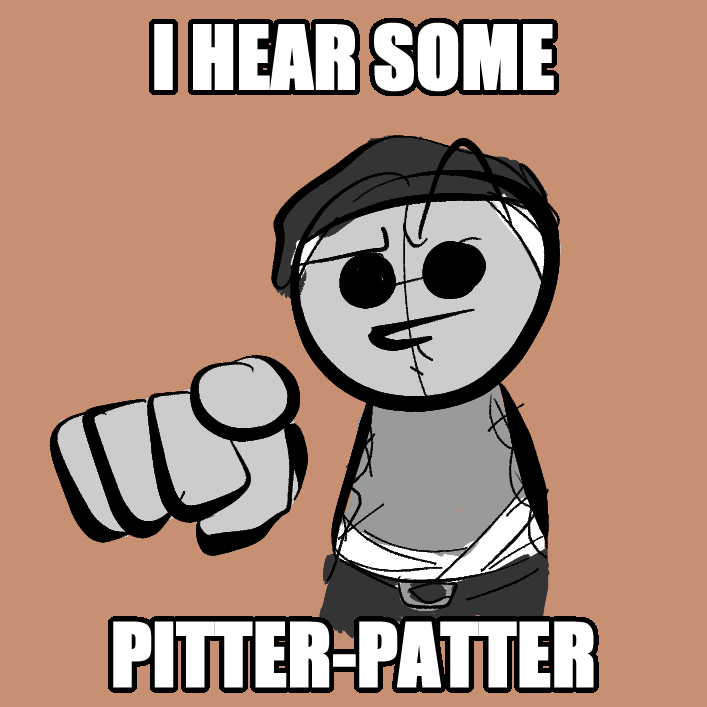 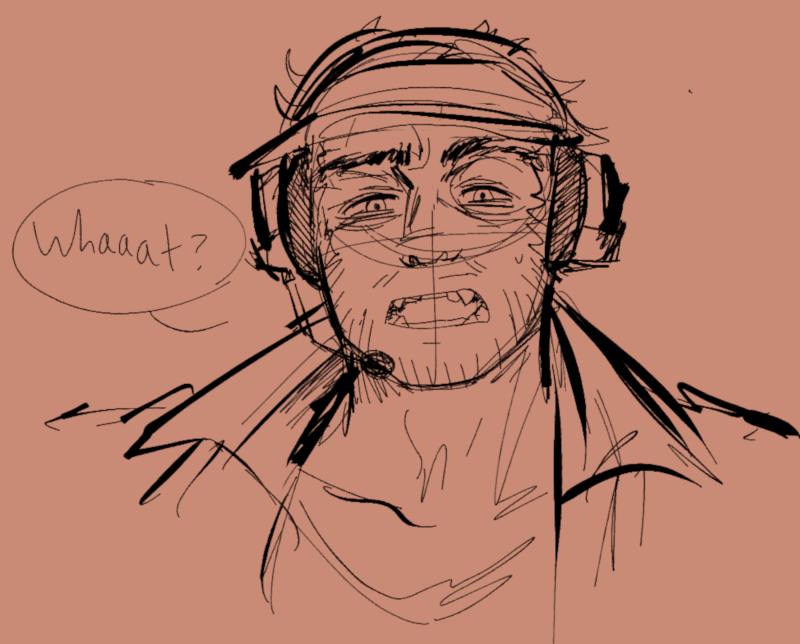 Videos where NOTHING BAD HAPPENS

Sanford has some of the BEST LINES IN THE GAME. Deimos doesn't have many spoken lines but his voice is a real one-hit KO.


These are all the official videos where the boys are killing folks and doing other stuff together. And nothing bad happens in them.