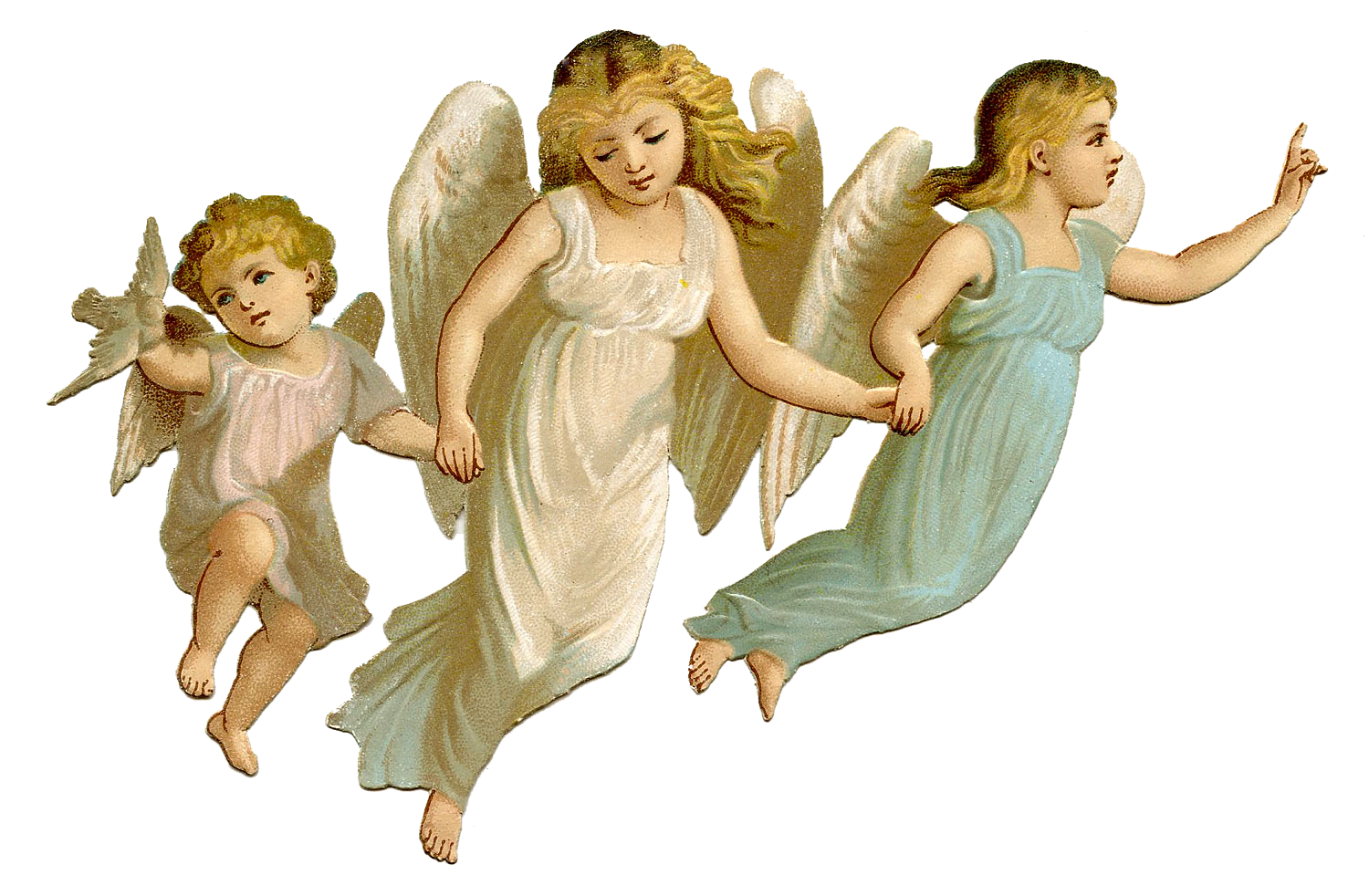 Angels are divine spiritual creatures created by God to serve his will. While they are mainly acknowledged in religious communities, you can often see them represented in lots of different ways throughout popular culture. An interesting thing most people don't know is that there are different types of angels. According to alot of religious mythos, they are also separated into different categories as part of a hierarchy. While the exact arrangement may vary across philosophies, I'll specifically be referencing the hierarchy described by Pseudo-Dionysus with a few references to Judaism and Islam as well. Please keep in mind that I'm not part of any Abrahamic religion, I just find it interesting.

Angels are divided into three tiers called spheres, with the lowest tier being the third sphere. Each sphere has three choirs, a choir being the name for a specific group of angels. Nine choirs is the most commonly agreed upon number of angel classifications, although it is speculated there could be ten, eleven, or even more.

The angels in the third sphere are the closest to God and directly receive his illumination and grace, which are then filtered down to the lower spheres.

Appearances: A humanlike form with four heads and six wings covered in eyes, although sometimes they are depicted with only one head. Two wings are for flying, two are to cover their faces (because God's presence is too powerful to behold), and two are to cover their feet (possibly because feet are considered unclean?). Due to their association with fire, their wings are sometimes depicted as red and their eyes burning with pure light. They also have a true angelic form of unknown description and can not be perceived by human eyes.

Seraphim are the angels closest to God and represent his divine love. They are considered his personal attendants and directly receive his will. The word "seraphim" can be translated to mean "carriers of warmth" or "burning ones", as they are considered so "inflamed and illuminated" by God's love that they literally appear to be on fire. They are also able to purify by fire and dispel all shadows. In the Book of Isaiah, a seraph purifies Isaiah's lips with a hot coal. They fly above God's throne and sing "Holy, holy, holy! YHWH of hosts! All the earth is full of his glory!" in an act of constant glorification.

It is unknown how many seraphim there actually are.

Appearances: A beastlike form with either two or six wings and four faces: one of a cherub (ox), one of a man, one of a lion, and one of an eagle. They are also described as having many eyes. They can sometimes be seen holding books and standing on wheels. Despite this, sometimes they are considered to be non-corporeal and are sometimes referred to as objects. Oftentimes, they are portrayed either as humans with multiple wings/heads or as putti (small plump boys with wings).

Cherubim represent God's infinite wisdom and knowledge. They possess a deep insight into God's will and knowledge and pass it down to the lower tiers of angels, specifically the second sphere. They are also charioteers, carrying or standing beside the Throne of God. They are described as not having been created as angels and instead gained that status later on. Some sources say that they were the first things created by God, others say they were formed from the tears of the Archangel Michael.

In the Bible, the cherubim are seen at the gates of the Garden of Eden wielding flaming swords. Moses was also ordered to hammer two cherubim onto the Ark of the Covenant.

Appearances: Giant wheels (two nested within one another) covered in many eyes. Occasionally, they are depicted on fire or with wings.

Ophanim are referred to as "thrones" because they qiute literally make up the wheels of God's throne. They represent the peace of God's resting place. They are described as having great spiritual power, yet do not associate with or interact with any earthly things, instead completely devoting themselves to God's glory.

Dominions govern and regulate the duties of lower-ranked angels. They are charged with maintaining order both within heaven and in the universe. In short, they uphold justice. While they do not often appear in front of humans, sometimes they will appear as messengers of mercy and forgiveness, attempting to guide sinners back on the right path. They are also sometimes assigned to provide guidance to world leaders here on Earth.

Appearances: Beautiful humans with two wings wearing ecclesiastical robes. They often carry liturgical items such as a chalice, censer, candles... etc. Sometimes they will carry flowers like lilies or roses. They are also often associated with the color blue, with either their wings or robes being blue.

Virtues carry out the orders of dominions and enforce the order of the universe. Where a dominion will provide guidance, a virtue will perform miracles by manipulating natural phenomena to bring peace and balance to the universe. They do not necessarily break the laws of nature but will instead exert a force upon it (i.e. bringing rainfall during a drought). They are the only angels who directly deal with natural forces and the heavenly bodies as opposed to interacting with humans specifically.

Appearances: Humans with two wings, often clad in knight's armor and holding a spear or a sword. They are sometimes drawn dragging demons in chains.

Powers are warrior angels who protect and defend the plans laid out by the dominions and virtues. They wield a special power over evil forces and can restrict them from doing harm, specifically towards or through humans. Despite this, some believe they are capable of either good OR evil. Pope Gregory believed they presided over demons. They are said to be the first angels created by God and were ruled over either by Samael, Camael (both angels of darkness), or Lucifer before his fall.

Appearances: Soldiers with two wings, a crown, and princely robes worn over armor. They are often seen carrying a sword or a scepter.

Principalities specifically watch over human nations, towns, and other groups of people on Earth. They also protect religion and watch over religious institutions. Another of their duties is to watch over specific groups of angels to ensure they are fulfilling the will of God. Like powers, they are sometimes seen to have a capability for evil as well as good.

Archangels, as part of the third sphere, are meant to work alongside principalities and bring unity to all angels. They primarily preside over guardian angels and act as liasons between God and mortals. They also are said to be in charge of the armies of heaven and will battle against the forces of Hell during Armageddon.

There are differing accounts of the powers and numbers of the archangels. Some sources say there are thousands of archangels, yet some say there are only seven who stand before God. According to the Book of Enoch, the seven are Uriel, Raguel, Michael, Seraquel, Gabriel, Haniel, and Raphael. As such, some people consider there to be a difference between these Archangels and the lower order of archangels.

Appearances: Beautiful humans with two wings who wear long robes. They are often seen carrying different objects, from trumpets to scrolls to shields, depending on the occasion.

Angels are the lowest order of these divine beings and are more directly connected to humans and the earthly realm than others. They are the true messengers of God and deliver prayers to God and God's answers to humans. This order also consists of guardian angels, one being assigned to each human on Earth.

More to come as I start directly studying religious texts.